These are the sea spiders, around 1,300 species have been described; all are marine. They are usually less than 6 cm in body length, but can have legs over 30 cm long. Most have two pairs of simple eyes and no gaseous exchange system, so diffusion of gases and wastes occurs over the body surface. Their mouth is located at the end of a sucking proboscis.

They have four pairs of walking legs, and the males have an additional pair of small legs called ovigers (see Nymphon rubrum below) which they use for carrying the developing eggs. There can be 1000 eggs in an egg mass.

They are found in all oceans, but are most abundant in Polar regions.

They crawl slowly over Cnidaria and Bryozoa, although some species can swim by flapping their legs.

They are carnivorous and feed on the juices of Cnidarians, Bryozoa, Porifera and other soft-bodied animals. 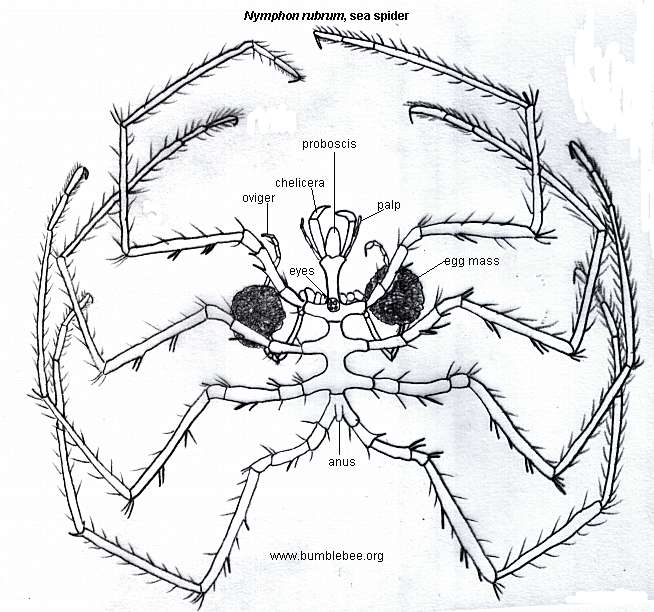